Here’s the original recording, made for Paramount Records, in Grafton, Wisconsin, in 1929.

If Captain Beefheart and Tom Waits got their sound from Howlin’ Wolf,
Wolf got his sound right here.

[A]lthough Patton’s success was undoubtedly due in part to his astonishing abilities as a guitarist, and the depth and soul of his blues singing, it also owed a lot to his professionalism and skill as an entertainer. Friends interviewed in later years would comment on his dependability, the fact that he always showed up on time and took care of business. His performances were masterpieces of showmanship: he was famed for tricks like playing behind his head or between his legs, to the point that some rival musicians disparaged him as a mere trickster. Unfair as this seems to modern listeners, it highlights an important point: To his live audiences, Patton was not the subtle player and singer we hear on the records, nor particularly noted for his soulful depth. He was a man who banged out loud rhythms, shouted so he could be heard to the back of the room, and was a dazzling showman–despite his older, acoustic repertoire, he can in some ways be considered a predecessor to Little Richard and James Brown.

It is a mistake to view this music through the prism of modern blues, to see Patton and his peers as the progenitors of the first electric Chicago bands, and thus of the barroom boogie bands that fill suburban bars outside every American city. His rhythms are a world–or at least a continent–away from the straight-ahead, 4/4 sound that defines virtually all modern blues. That is why so few contemporary players can capture anything of his greatness. There is the tendency to play his tunes for driving power, missing the ease, the relaxed subtlety that underlay all of his work. It is a control born of playing this music in eight or ten-hour sessions, week after week and year after year, for an audience of extremely demanding dancers, and of remembering centuries of previous dance rhythms–not only the complex polyrhythms of West Africa, but also slow drags, cakewalks, hoedowns, and waltzes. 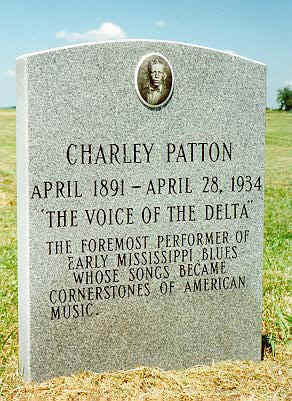