Not to these ears. 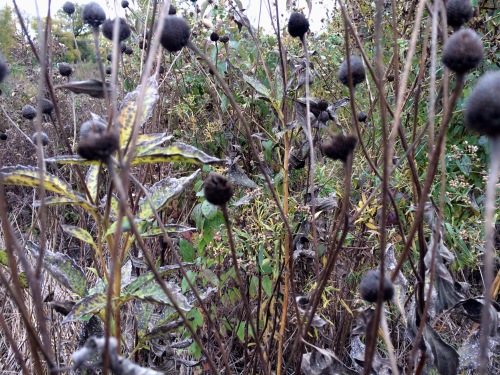 Now, it’s onto Cleveland, with a confident team, a DH in [Kyle] Schwarber, [Aroldis] Chapman knowing he’s capable of going longer than two innings, and a “Rocky’’ tape stuffed in their equipment bag.

“How They Got Over: Ira Tucker” (Robert Clem, dir.)

He’ll be playing at Constellation.

art beat: yesterday at the Art Institute of Chicago

“Ball of Confusion (That’s What the World Is Today)” (N. Whitfield, B. Strong)

(Thanks for the tip to John Balmes.)

It no longer defies imagination, but assaults the senses, wondering how sheer and utter fantasy could become reality.

How in the world could a baseball player spend six months just learning to walk again after a devastating knee injury, not playing in a single game, and lead the Chicago Cubs to their first World Series victory since 1945, with a 5-1 victory over the Cleveland Indians, evening the Series at 1-game apiece?

“I can’t even describe what he’s doing right now,” said left fielder Ben Zobrist, who’s hitting .625 this series and is like a back-drop to center stage. “No one’s ever seen anything like it.”

There has never been a position player in baseball history whose first hit of the season was in the World Series until Schwarber came along. He doubled off Cleveland ace Corey Kluber in Game 1, and then went 2-for-4 with two RBI and a walk in Wednesday’s victory.

This is a guy who had no hits in four at-bats in April before he blew out his left knee. He had one hit in eight at-bats in the Arizona Fall League. Now, on baseball’s greatest stage, he is hitting .429, reaching base five times in nine at-bats, with a double, two singles and two RBI.

“Baseball’s a crazy game,” Schwarber said. “It will do crazy things to you.”

So crazy, that he went along with the Cubs’ narrative, that he would be out for the season. When you tear two knee ligaments, no one expects to see you until next season. If he had only sustained the injury earlier, maybe in spring training, he’d have a chance, but not during the season.

And even if he was physically able to return before the end of the season, there would be no time for a minor-league rehab assignment, no time to get down his timing, no time to see major-league pitching.

“That’s why we’re calling it ‘The Legend of Kyle Schwarber,’ ” Ross said. “That’s who does this. It just blows my mind what he’s doing. He’s doing things that are unheard of.”

Yet, on baseball’s biggest stage, in front of millions on national TV, Schwarber is turning the World Series into his own reality TV show.

Oh, and if you need to tug at the heartstrings too, watch Schwarber become emotional talking about his 10-year-old friend, Campbell Faulkner of Cave Creek, Ariz.

Faulkner, diagnosed with a rare form of mitochondrial disease, has a team of 13 doctors. He struggles to stand and walk for extended periods of time. He needs two feeding tubes in his stomach just to provide him with nutrition. He missed nearly 100 days of school last year because of his illness and doctor appointments.

Schwarber met him in spring training and saw him last weekend before meeting the Cubs in the World Series. Faulkner is his friend, and Schwarber wears a bright green wristband in his honor to make those aware of the disease.

“Really young, smart kid, and he’s just always got a big smile on his face,” Schwarber said. “You know, that draws your attention to him. He’s living life to his fullest, even though he’s got something to overcome.

“He’s just a good kid. How could you not like him?”

“They are going to go nuts,” Ross said.

His sound-world I never tire of entering. 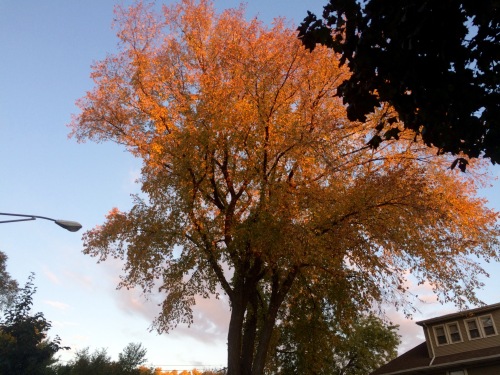 Not quite dark yet
and the stars shining
above the withered fields.

How about a trip to Paris?

“There’s a favorite saying in Chicago,’’ [Billy] Williams said, “I hope they do it in my lifetime.’ So everybody who’s living today, got to witness this.”

“I can’t put this into words,’’ said [Kerry] Wood, whose team was five outs away from the 2003 World Series, only for the city to be introduced to Steve Bartman.

“It’s epic. It’s amazing. What this team has done, and what they’ve done for the city and for the organization, it’s a mind-blowing experience.

“These guys come out, unaffected by the history, and we’re in a place we haven’t been in a long time.

“Now, they’ve set themselves in history, and they’re going to be linked forever.’’

[T]he average age of the Game 6 starting lineup was 23.

Hard to believe that four years ago, these Cubs were 100-game losers, and a laughingstock.

Today, they are champions of the National League, with hopes of bringing home their first World Series title since the Teddy Roosevelt administration, back in 1908.

“I came here because I wanted to win in Chicago,’’’’ said Cubs starter Jon Lester, who shared the NLCS MVP award with second baseman Javier Baez. “It’s unbelievable to be part of it. We still have a little ways to go, but we can celebrate.

“We’re going to have a good time tonight, get drunk a little bit with everyone else, and then we’ll get ready for Cleveland.’’

This game really wasn’t about suspense, but inevitability.

It was over in the first inning when the great Kershaw – who pitched seven scoreless innings here in blanking the Cubs in Game 2 – gave up two first-inning runs for the first time in 44 starts.

Kyle Hendricks, the major league’s ERA leader, who was acquired four years ago from Texas for Ryan Dempster, suffocated the Dodgers’ lineup. He gave up a leadoff single to Andrew Toles in the first inning, and went 86 pitches until he gave up another one.

“They were relentless,’’ Dodgers manager Dave Roberts said. “You hate to have sour grapes, but the better team won the series.’’

“I love being in a city that’s playing October baseball where you can feel everybody captivated by the ballclub,’’ [Theo] Epstein said. “Everybody is tired from staying up late, prioritizing baseball above anything else.

“You look around, you smile, you soak it all in, and it takes your breath away.’’

The Cubs are in the World Series.

This I could listen to all day.

If it was a radar contest, then why play the game, right? Velocity is nice, but command and movement are better.

He has the ability to recognize when a hitter is sitting on a certain pitch and throw something else.

He relies on the low fastball that sinks pretty good. Very good at trying to keep the ball in front of the outfield with that pitch. That’s what it’s about—locating your fastball, changing speeds and keeping the ball in the ballpark.