sounds of Chicago and Oslo 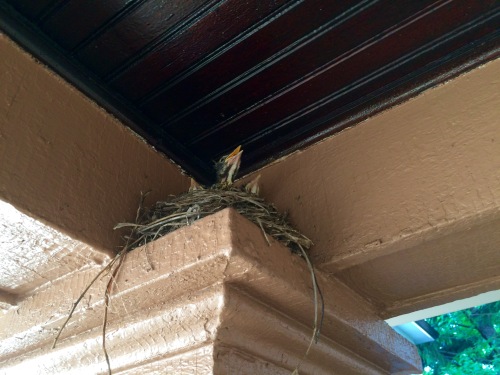 Music and family have provided two of my life’s through lines. As little boys, my brother Don and I would play in the basement, listening, on the brightly lit juke box, to the Everly Brothers (“Wake Up, Little Susie”), and Johnny Horton (“The Battle of New Orleans”), and Gene Pitney (“The Man Who Shot Liberty Valance”). Soon we were out the door, hearing the Beatles at Comiskey Park, the Velvet Underground at the Kinetic Playground, and the MC5 in Lincoln Park. Still the beat goes on, undiminished by the passing years. Last week, for my sixty-second birthday, Don gave me (what else?) a record—the new album by this guy, Steve Dawson.

Hank Williams . . . was essentially the first rock star. He was a hillbilly singer, but he was a rock star. As Chet Atkins said, the year that Elvis hit, it ruined country music. Because they had rural America and southern America’s teenage audience. And then they couldn’t keep them. Elvis had changed everything.

I was a Monkees kid. For a ten-year-old like myself, the Monkees were a cultural access point that the Beatles weren’t. I was an oldest kid, teaching myself, and the Beatles were a bit beyond my grasp. Television delivers the Monkees to me in a different way; A Hard Day’s Night was not on TV in 1965. . . . The Monkees . . . came inside my living room, and there was a familiarity that allowed me to really understand what this new thing was. I had the first two Monkees albums, and I couldn’t have gotten a better education, retrospectively, in songwriting, when you think about it, than listening to Neil Diamond, Carole King, Boyce and Hart compositions. The world in two-and-a half to three minutes.

I had the jeans, the boots . . . There was a whole Hud element to that cowboy culture that I knew that could be introduced, the Route 66 Americana, not the Nashville Dixie country. Beyond James Dean, beyond Giant. This Route 66 Corvette cowboy. So let’s just call it that—it’s beyond Cadillac Cowboy. It’s Corvette cowboy.

The Golden Age of Television

*When I was a little boy, a big bright shiny jukebox lit up our basement. Daily it granted our wishes, communicated with just the touch of a finger, for “Wake Up, Little Susie” (Everly Brothers) and “The Battle of New Orleans” (Johnny Horton) and “(The Man Who Shot) Liberty Valance” (Gene Pitney). It taught me something I’ve never forgotten—music is magic.